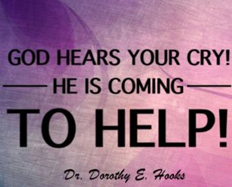 Reality: Battering is very common. It is one of the most under-reported crimes. It is also the leading cause of injury to women. A woman is physically abused by a partner every 15 seconds in the United States. https://www.peaceoverviolence.org/v-myths-and-realities

Myth: Women who stay in abusive relationships are "asking" for it.

Reality: It is a myth that survivors do not leave abusive relationships. Actually, a survivor leaves an average of 6-8 times and each time she leaves the violence can often escalate. Women who leave their abuser are at higher risk (75% greater risk) of being killed than those who stay. Either staying or leaving the abusive relationship poses risks to her safety. A survivor who stays in the relationship oftentimes is strategizing the best time and safest time to leave. Domestic violence can also cause women and children to become homeless. https://www.peaceoverviolence.org/v-myths-and-realities

Myth: Abusers cannot change their behavior and will always abuse.

Reality: Domestic violence is a learned behavior and can be unlearned if the abuser takes responsibility and accountability for the violence committed. People who abuse often have learned this behavior, and it will take time to undo and learn new ways of solving problems or coping with stress.

Myth: Many survivors feel they deserve the abuse.

Reality: There are many survivors who feel this way, and they need to understand that no one deserves to be abused and they are not alone. Oftentimes abusers attempt to make survivors feel guilty, lowering their self-esteem by saying negative things about them that are untrue. Domestic violence is a choice and batterers must be accountable for their actions. (http://www.aardvarc.org/domestic-violence)

Myth: Children who grow up in abusive homes won't be affected, especially if they are still so young.

Reality: Children who growing up witnessing abuse may grow up learning that it is normal and may become batterers or victims in their adult relationships. Children may be abused or neglected while the mother deals with the trauma of the abuse. Many children who are exposed to the violence may also grow up blaming themselves for the abuse and for not being able to stop it.

References for this section: http://www.acfjc.org/resource_library/domestic_violence/myths_reali...