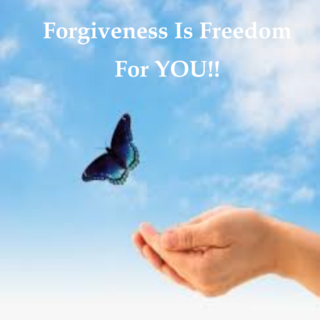 Armor of Bitterness – Part 2B-2: There are differing levels of authority and power in Satan's realm. Each specific evil spirit answers to another spirit higher up the line of authority. Just below Satan in this pecking order are his principalities. It is through this hierarchy of evil spirits and principalities that Satan continually seeks to draw us into captivity, taking control of our lives.The evil spirit who presides at each step up in the hierarchy of a principality is more evil than the ones below him. Remember what I said a couple months ago that we are not fighting against flesh and blood, but against principalities, against powers, against the rulers of the darkness of this world, against spiritual wickedness in high places? Eph. 6:12 lets us know we are in spiritual battle whether we like it or not. What is a principality? A principality is a ruling demon that has several lesser demons answering to it. Bitterness is a ruling demon. Answering to it, giving it protection and providing its armor are: 1) Unforgiveness, 2) Resentment, 3) Retaliation, 4) Anger, 5) Hatred, 6) Violence, 7) Murder – these are the powers which Ephesians 6:12 talks about. In the hierarchy of the principality of bitterness, resentment is worse than unforgiveness; unforgiveness answers to resentment. Retaliation is worse than resentment; resentment answers to retaliation, and so on. Each lower demon protects the armor for the next higher demon.

Armor of Bitterness – Part 2B-3: We are going to look at each part of the armor of bitterness separately:


3.  Handout: Armor of Bitterness Chart; Bitterness Affidavit for 10-7-14
4.  If you have any questions, email me at drdehooks@abusedwoman.org
5.  Close each session in prayer; asking God to continue to reveal the areas in you which needs to healed and the things you need to deal with.
Click Here for Complete Teaching

NOTE: These materials are copyright protected therefore you must request permission to reproduce any part of this material. To request permission, please contact Dr. Dorothy E. Hooks: drdehooks@abusedwoman.org.