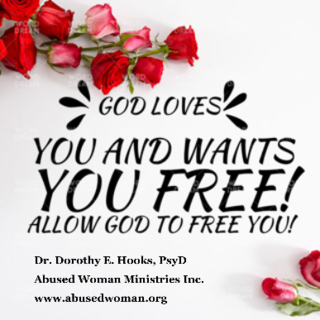 In 1 Samuel 3:13 NKJV, God was rebuking the prophet Eli because of his unwillingness to correct his sons for their sins against the Lord. The sin of Eli was parental permissiveness. As a result, God's judgment came upon his house. In spite of their best efforts, parents can be soul tied to their kids in unhealthy ways. Due to their own insecurities, parents can develop soul ties of indifference, permissiveness, idolatry, compromise and control (and in many other areas). Tendency to yield to the child's manipulation, thus making consistent discipline difficult. Allowing the child to dictate and control the parent's activities and relationships. At this point, the soul tie between the parent and child has become quite unhealthy.

There's even a passage in Isaiah, that describes such a state and the curse that goes with it: "As for my people, children are their oppressors, and women rule over them. O my people, they which lead thee cause thee to err, and destroy the way of thy paths." (Isaiah 3:12). Results of Unhealthy or Absent Parent/Child Bonding, Unhealthy (or absent) parent/child soul ties, can produce lifelong insecurities in the child. This invariably results in their pursuing unhealthy relationships with others of similar personality weaknesses. At the same time, when a healthy bonding is lacking, a child may spend the rest of his or her life looking to have it fulfilled. This is one reason why a woman will end up marrying a man who displays the same abusive tendencies as her dad. Because she never properly bonded with her father, she finds herself, often without realizing it, attracted to men like her father. Why? Because she's trying to ‘close the gap’ in her soul caused by the lack of a healthy paternal soul tie. She's still trying to find his love.

When a boy is not properly bonded with his father or with his mother, a similar thing happens. He'll find himself bouncing from relationship to relationship, ever seeking the deep bonding he lacked as a child. This is one of the reasons divorce is so rampant today. The ‘grown up child’ is trying to find the soul tie that never properly formed in the rearing years.

The good news, though, is that Jesus can bring healing and restoration. David tells us in the Psalms: "When my father and my mother forsake me, then the LORD will take me up." (Psalm 27:10).

There are two things absolutely necessary in raising children: parameters and consistency. Clearly define the rules, then be consistent in enforcing them. In other words, build a fence and don't waver with the consequences when the fence is crossed. Most child-rearing problems stem from either the lack of established rules of conduct, or inconsistent insistence that the rules be observed.

Proverbs 14:7: "Go from the presence of a foolish man, when thou perceivest not in him the lips of knowledge."

2 Corinthians 6:14-18 NKJV: 14 Do not be unequally yoked together with unbelievers. For what fellowship has righteousness with lawlessness? And what communion has light with darkness? 15 And what accord has Christ with Belial? Or what part has a believer with an unbeliever? 16 And what agreement has the temple of God with idols? For you are the temple of the living God. As God has said: “I will dwell in them And walk among them. I will be their God, And they shall be My people.” 17 Therefore “Come out from among them And be separate, says the Lord. Do not touch what is unclean, And I will receive you.”18 “I will be a Father to you, And you shall be My sons and daughters, Says the LORD Almighty.”

We are clearly admonished in scripture to be wise in our relationships. We're told to avoid close associations with those that are angry, with those acting foolishly and with those that are unbelievers. Understand that we're not prohibited here from having any relationship with such persons. Rather, it's just that such relationships should not be able to form unhealthy soul ties where one's witness and walk with the Lord is compromised. To bond with someone emotionally or spiritually who is unrepentantly angry, or someone who is given over to a vice, can be extremely dangerous. The evil spirits at work in them can then pass through the soul tie to affect you.

The result would be that you might find yourself at some point justifying and rationalizing their actions and eventually joining them. Birds of a feather tend to flock together, we're told. How then should you relate to such persons? Simply keep your discernment tuned in when you're around them so that if there's any transferring of spirits, it will be the Holy Spirit from you rather than an unclean spirit from them. One way these principles are often compromised is in the area of "missionary dating". That's where a believer gets romantically involved with an unbeliever and justifies it on the basis that they are helping that person "come to the Lord". Such reasoning is extremely faulty.

The truth is, when one has romantic feelings for someone, they are the last person with any kind of "ministry" to them. Why? Because the emotional tie in the relationship prevents them from any objectivity and discernment to the other's true spiritual state.

Since, as the saying goes, "Love is blind", missionary dating is often nothing more than the blind leading the blind. And Jesus said when that happens, they both fall into the ditch.

So what should you do if you're already romantically tied with an unbeliever? Break the soul tie! It can and must be done. Submit yourself to the Lord, fast for a few days and have someone pray under the anointing to sever the bonds of emotional attachment. By doing this you won't have to go through a lengthy process of "pining away" as you let the relationship die. Complete obedience in this area will bring about the Lord's deliverance from a dangerous and ungodly soul tie.